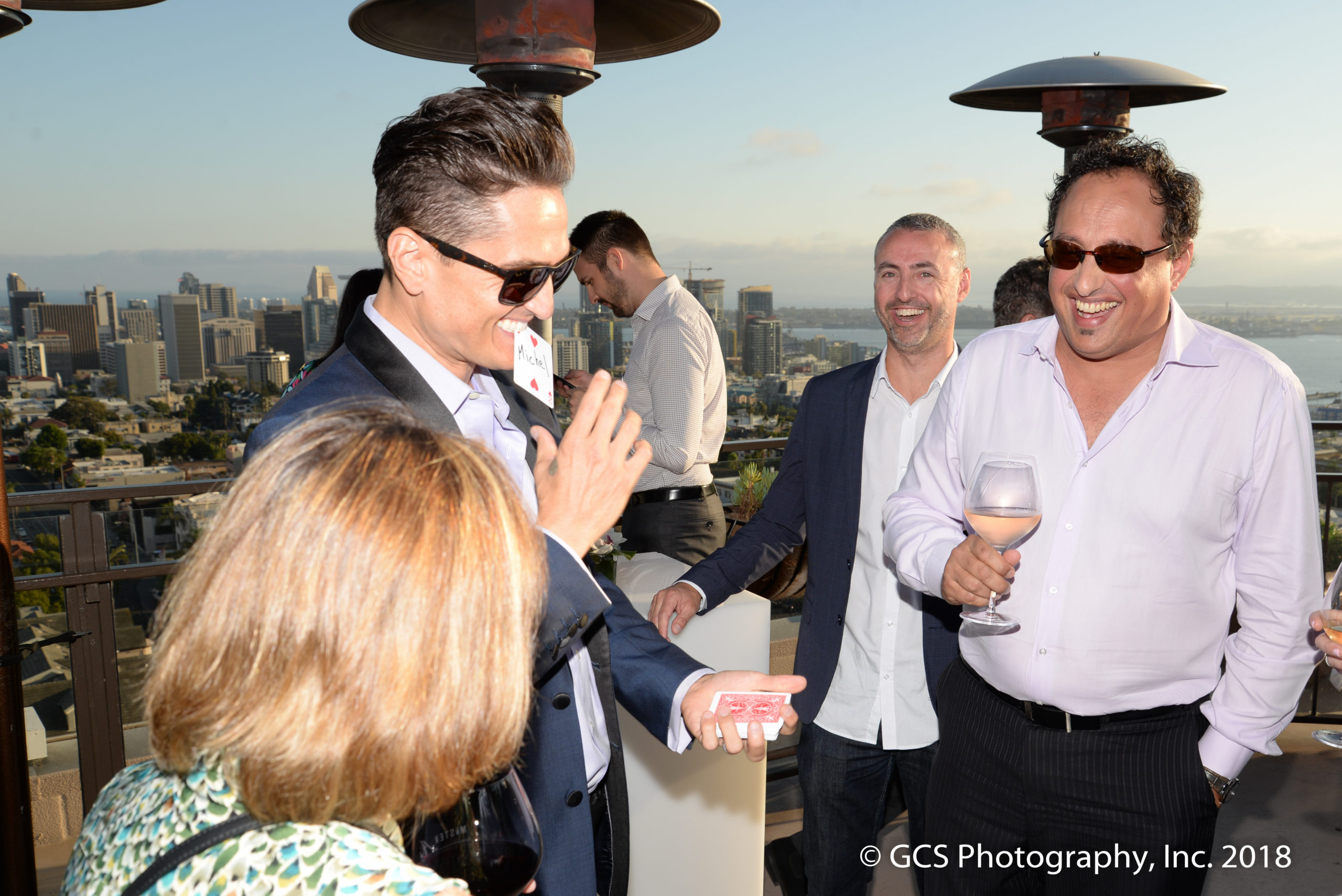 Magic makes time stand still for a moment.  People stop thinking when they watch magic. They stop thinking about their day, their work schedule, the big meeting coming up, their long commute. There’s something about magic that is timeless – watching it live makes time stand still for a moment. It brings us back to that childlike state when we believed that everything was possible. When you got that tingle of excitement and bewilderment, and the awe of amusement.

WHO IS NICK IVORY?

For almost 3 decades, Nick Ivory has dominated the world of magic performing all over the country at high-powered corporate functions, weekly evening shows at local venues and exclusive private parties. His visionary approach to the art escapes the confines of tradition and has given birth to a new breed of modern mysticism. Nick is a unique force in the world of magic. His unique style of impactful illusion, mind-bending manipulation, and persuasive technique give his guests an invigorated form of magical entertainment. Nick is no mere trickster. His intense skill, pulsating talent, and passionate vision gives his magic a more resonant and profound meaning to all that witness.

Nick has always been fascinated with the unknown. It all started at the very young age of 9 when he discovered a magic shop in his hometown, and for the first time, felt a profound awe and mystery. Everything logical had been shattered with one fell swoop. The shopkeep had brought Nick into a completely new dimension of the world; a world that breaks the conventional laws of reality; a world where nothing is impossible; a world of Magic.

From that day on, Nick Ivory had developed an insatiable passion for the art of magic. He studied it diligently, learning the crafts of certain psychological subtleties. Nick began performing at local restaurants and parties, and as he grew as a performer, he perfected his undeniable talent and moved into the hottest lounges and nightclubs across the country drawing crowds into sheer amazement.

At the age of 21, Nick had moved to the city of entertainment, Las Vegas. Here, Nick worked with some of the best magicians Vegas had to offer. They changed his way of looking at magic, shaping it into something that goes far beyond what merely can be seen, to something that touches your very soul. While living in Las Vegas Nick had performed at some of the hottest spots on the Vegas Strip, from renown nightclubs, like Studio 54, to major Casinos like Caesars Palace. However, Nick’s performances are not limited to Las Vegas and Chicago. He has performed his magic all over the country at some of the most exclusive parties and high-powered corporate functions.

Some of Nick’s satisfied clients….